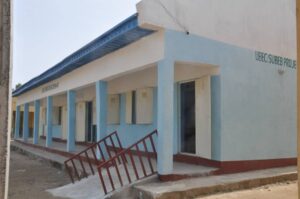 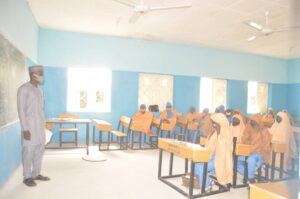 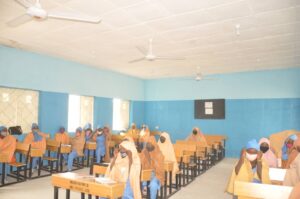 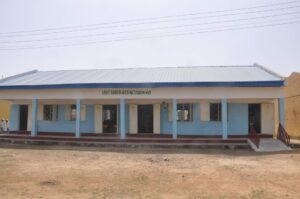 The online newspaper, Sahara Reporters is famously known for its sensational brand of reporting, which often packages lies and presents it to its gullible readers as the truth.
And, more often than not, there is a puppeteer pulling the strings, having paid a handsome price for the hatchet job.
The report by Sahara Reporters on the alleged deplorable condition of the buildings at the Government Community Girls Secondary School Kafur, is a clear case of a hatchet job.
In the recent report, Sahara Reporters published a string of pictures of dilapidated buildings, which it claimed to belong to the school, in Governor Aminu Bello Masari’s home local government area of Kafur.
The pictures published by Sahara Reporters depicted classroom buildings, which are partly damaged and, or collapsed, with doors and windows totally or partly removed and faded painting.
For the avoidance of doubt, the pictures in the Sahara Reporters’ story are not of any school currently in the state. They must have been sourced elsewhere out of Katsina and attached to the Kafur school story for reasons clearly designed to embarrass the government.
It is an open secret that the present administration in Katsina state has placed high premium on education, especially at the primary and secondary levels.
The government has expended much time and resources to rejuvenate education at these levels.
At the secondary school level for instance, seven new secondary schools were built across the state at the total cost of N1.1billion.

Twenty Five (25) secondary schools across the three Senatorial zones in the state underwent complete rehablitation and upgrading at the total cost of N3.2billion.
Fourty Eight (48) secondary schools, suffering from dilapidation and damage as a result of storm, received partial repair and rehablitation at the cost of N7 billion.
Out of the Eighteen (18) Science and Technical Vocational Schools in the state, thirteen (13) were completely rehablitated and upgraded at the cost of about N2 billion.
Government has promoted, with payment of full areas, over 1100 primary and secondary schools teachers in the state, some of whom have had no promotion for upwards of 10 years.
All girls secondary schools in the state have been converted to boarding.
With over 2000 teachers already recruited for primary and secondary schools, 5000 more are currently being recruited under the S Power Programme.
Sahara Reporters, whose interest in Katsina State has somehow spiked in recent times, would do well to be sure of its fact, a tradition hardly associated with it, before rushing to the press to satisfy its paymasters. 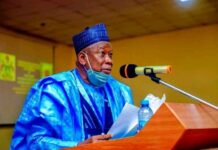 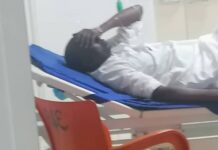 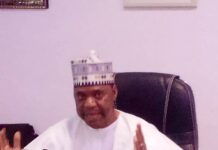 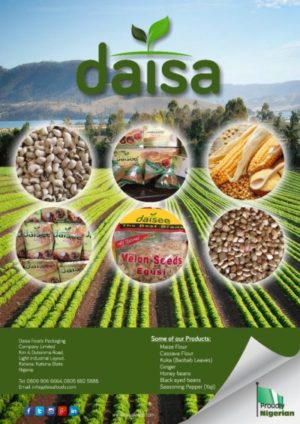